After concluding that a third dose of a coronavirus vaccine is needed to fight off waning immunity in the fully vaccinated, the Biden administration said Wednesday it will begin offering booster shots to all Americans starting Sept. 20.

The plan, which only involves the Pfizer and Moderna vaccines at this point, calls for Americans to get a booster shot eight months after their second dose. The officials said they expect a booster shot will be needed for people who received the Johnson & Johnson vaccine , but they are still reviewing data on it and will announce plans at a later date.

All of this does not mean that vaccinated Americans should feel vulnerable to severe COVID-19 right now.

"Here's what you need to know: If you are fully vaccinated, you still have a high degree of protection from the worst outcomes of COVID-19 , severe disease, hospitalization and death," U.S. Surgeon General Dr. Vivek Murthy said during a White House media briefing on the booster shots, according to The New York Times .

But booster shots made help bolster protection. White House Coronavirus Response Coordinator Jeffrey Zients added during the briefing that "it will be just as easy and convenient to get a booster shot as it is to get a first shot today. We have enough vaccine supply for every American, and you'll be able to get a booster at roughly 80,000 places across the country, including over 40,000 local pharmacies. In fact, 90% of Americans have a vaccine site within five miles of where they live."

The first booster shots will be given to nursing home residents, health care workers and emergency workers. Next up would be older people who were near the front of the line when vaccinations began late last year, followed by the general population. The plan is to give people the same vaccine they first received, the Times reported. The booster shot plan has to be approved by the U.S. Food and Drug Administration, which is likely to happen in the coming weeks, the Washington Post reported.

"The available data make very clear that protection against SARS -CoV-2 infection begins to decrease over time following the initial doses of vaccination, and in association with the dominance of the Delta variant, we are starting to see evidence of reduced protection against mild and moderate disease," a joint statement released Wednesday from eight top public health and medical experts said. "For that reason, we conclude that a booster shot will be needed to maximize vaccine-induced protection and prolong its durability."

During Wednesday's media briefing, Fauci noted that regardless of the variant involved, the antibody levels against those variants decline over time.

"Our top priority remains staying ahead of the virus and protecting the American people from COVID-19 with safe, effective and long-lasting vaccines especially in the context of a constantly changing virus and epidemiologic landscape. We will continue to follow the science on a daily basis, and we are prepared to modify this plan should new data emerge that requires it," the joint statement added.

New data came in three U.S. studies published Wednesday in the CDC publication Morbidity and Mortality Weekly Report , and the results were troubling: Protection against the coronavirus from vaccines declined in July, when the highly contagious Delta variant began to dominate in the United States.

One study, from New York, was the first to measure vaccine protection against coronavirus infection across an entire state amid the spread of the Delta variant. Researchers found a modest drop in effectiveness — from 92% in May to 80% in late July. Twenty percent of new infections and 15% of hospitalizations were among vaccinated people.

The second report found effectiveness against infection declined for nursing home residents after Delta emerged. It dropped from 75% in March through May to 53% in June and July.

The third study, an analysis of patients at 21 hospitals in 18 states, found steady protection against hospitalization. Effectiveness held at 86%, even in the months when Delta was raging. For adults who do not have compromised immune systems, effectiveness stayed steady at 90%.

"The data we will publish today and next week demonstrate that vaccine effectiveness against SARS -CoV-2 infection is waning," Walensky said during Wednesday's briefing. "Even though our vaccines are currently working well to prevent hospitalizations, we are seeing concerning evidence of waning vaccine effectiveness over time and against the Delta variant.

"Additionally, reports from our international colleagues, including Israel, suggest increased risk of severe disease among those vaccinated early," she added. "Given this body of evidence, we are concerned that the current strong protection against severe infection, hospitalization and death could decrease in the months ahead, especially among those who are at higher risk or who were vaccinated earlier during the phases of our vaccination rollout."

Visit the U.S. Centers for Disease Control and Prevention for more on COVID vaccines. 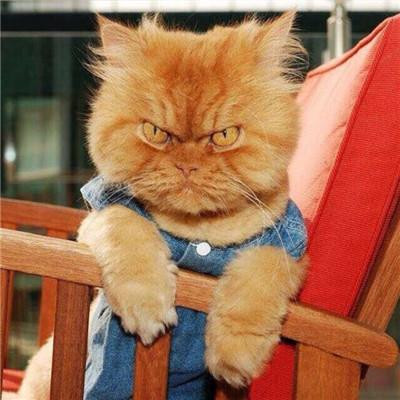